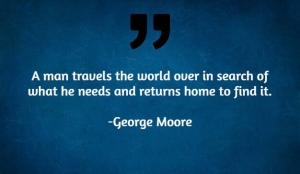 When does a house become a home?  Is it when you mount a tv on a wall, or add a sectional couch, or when you update a kitchen and add in beautiful new countertops?

It’s stuff that is in millions of homes.  What makes yours unique?

90 Union Street’s story starts with a balding man and his beautiful wife putting in their new keys and opening the doors for the first time.  The walls for a few seconds probably thought about how lucky they would be to be a part of these two lives.  That luck would run out 10 seconds later when three boys and a weird looking girl creature who resembled a baby Roseann Barr crashed thru the front door.  The walls knew their job just got so much harder.  The boys would attempt on many occasions to throw each other through them, and the girl would just walk into them until one day someone with a brain decided to maybe give this girl a pair of glasses.

Each time a growing young man would venture home from California he made sure to come and visit these walls. He didn’t live here, but he always made sure when he returned home this was one of his must stops.  These walls got to hear some of the advice this young man would bestow on his younger cousins.  He would sit on the counter and hold court.  Or he’d lay on the floor and play whatever dumb board game his cousins would make him play.  All the while giving out little life lessons.  Although this young man, Chris was only here a short time, I know these walls would kill for just a few more minutes with him, just as all the people living under that roof would.

A man who moved many years ago to raised his daughter would come back once or twice a year and always have a place to stay. His large family would all come to 90 Union Street to visit him.  There was never a question of where he would stay.  His home away from home would always be 90 Union street.  His daughter would grow to be best friends with that little girl who grew up here.  She would even be the God Mother to her first born.

Even a shy 17 year old visiting 90 Union Street for one of her first times would leave her mark on 90 Union Street. Backing out of the driveway would hit the rock wall and make it just a little easier for anyone pulling into the driveway for many years to come.  Knocking on the door with a piece of the wall in her hands as rain was pouring down apologizing to her new boyfriend is now just a part of 90 Union Streets beautiful history.

I wonder if 90 Union Street knew what it was getting into all those years ago when these strangers entered that house for the first time.  The big house is always filled with activity.  From those maniac kids all those years ago testing the durability of every wall to the newest little girls making sure the house will have to be baby proofed for many more years to come.  It’s seen many an event, with lots and lots of people, but for the people who have lived there they will speak often of the Sunday dinners and what they mean to each other.

On Thanksgiving, while most house’s get to rest, 90 Union Street is put to the test. Approximately 50 family members will be taking care of by these walls.  An old man and his much younger looking wife will awaken at the crack of dawn to prepare for the day.  The walls will be leaned on and sound of laughter will echo throughout the day.  The floors will be a mess with dirty shoes and lots a lots of food crumbs and a few glasses of wine will be spilled.

And just as the day is over and everything is cleaned up and the old man and his wife are resting their worn down feet their oldest boy comes back to the house after disappearing for a dessert at his wife’s family’s house. Him and his girls love this little tradition of coming back to the house just as it has quieted down and the walls are resting from all he activity.  Reheating a few plates of whatever our favorite food from earlier in the day was.  Using more silverware and spilling a few more crumbs.

90 Union Street never sleeps. The driveway never rests.  Cars are constantly pulling in and out.  The front sidewalk has never been able to grow grass on it because that is where all the extra cars go.  And soon there will be another driver in the family and we will be playing the “can you move your car, so and so needs to leave”.

I don’t know exactly when 90 Union Street became a home. I haven’t lived there in 21 years but I can tell you stories from every square foot of that place.  But, I know exactly why that is.  My Mom and Dad didn’t change the house, make it extravagant or add more bedrooms to it.  They filled it with a little bit of love EVERY SINGLE DAY.  They opened the doors, hugged you when you needed a hug, offered advice, even when you didn’t ask for it or think you needed it, and just slowly filled the house with love.  The stuff in the house never meant anything.  The couches changed,  the tv’s were moved from one corner to another many times, the pictures on the walls slowly had more and more people in them.  But, it was always the love of my Mom and Dad that made it a home.

Someday I will drive passed that house and I will wonder who lives there. I will be flooded with memories of a past life.  I will wonder if those walls can still feel all the love that my parents filled it with.  My foot will slowly hit the brake and my hands will turn the steering wheel towards the driveway, realizing at the last second there are no Stanton’s living there and I will continue on my way.  And I won’t be able to wipe the smile off my face.