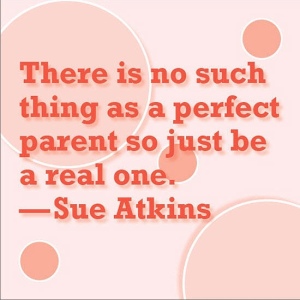 Being a divorced parent must be almost impossible.  Raising kids SUCKS lots of the times, and raising them with someone you hate or someone who hates you must make it a billion times harder.  Like, let’s say your wife cheats on you or leaves you, and you are emotionally broken, but you have to put on a smile and be completely happy when you get to see your kids.  Like, you look at them and maybe they look like your wife or sound like your wife and you are reminded of how much that person actually hurt you every time you see your kids.

I think about this sometimes, especially around a holiday.  Where it is your turn or not to have the kids on a holiday.  So, if not, you have a “fake” Easter on a Saturday or a “fake” Christmas a week before the actual day.   My brain isn’t developed enough to understand how hard that must be.  To wake up on a holiday and maybe head to your parents house or aunts house without the kids and feel judging from others.   I truly feel for those parents, even if you caused the breakup or asked out of a marriage.

I feel like sometimes my wife and I are co-parenting, where one is working, the other is in charge and we sort of see each other a couple times to go over a strategy or a schedule.  My kids are older and way easier, but it still SUCKS sometimes.  And, my wife and I are teammates.  We are in this thing together as much as we can be.  We fight for each other and have each others backs when the kids are beating us up.  When you don’t know what direction you are spinning in you have the person who knows how to stop the ride and let you sit out for a minute.

And, my kids are grown now.  I don’t mean they are perfect or we are done parenting.  I just mean there are no more shitty diapers, no more times where I am not watching them they could start a fire or fall down a set of stairs.  I just mean that if the wife needed to go away for a weekend or whatever that I won’t break while she is gone.  My parenting now is for the bigger stuff and it typically not a decision I am forced to make without consulting the wife first on it.  When the kids are home I don’t need to have one eye on them at all times.  The stress of my day actually goes down when they are in the house because here they are safe.

While the wife and I might go a few weeks with only seeing each other for a few awake hours, we are always communicating about the kids.  While we almost NEVER are in a car together, because our lives don’t give us that luxury, at least not now while the kids still need to be driven to a million different places, we both can see a light at the end of the tunnel.  She’s not sick of my music yet because we don’t ever get to hear the same songs in the car.

The other day my wife had to have a long conversation with the kids about something.  It was a girly thing so she decided she would have it and leave me out of it.  It seemed a lot easier for both of us if I wasn’t there for it.  It was the right move.  She was the right person for this conversation and my input wasn’t needed, or probably would have changed the message.  But, the first thing my wife did after was text me and gave me all the talking points.  Gave me the things I needed to know.  She handled it perfectly and we both knew how to parent this thing from that point on.

I think it must be impossible for something like that to work from a co parenting perspective.  Sure, they both want what is best for their kid(s) but if there is still some sour feelings between the parents it must make that incredibly difficult.

My parents and my wife’s parents are still together so I don’t speak from any experience at all.  I just see how hard it has been on my wife and I to raise kids and it makes me appreciate what others have to go through just to make sure their kids make it in this world.   I detailed a story about my Uncle following his kid around a few different states after his divorce.  Trying to parent with someone that hurt him.  But, he became such a great Dad, and maybe he was always gonna be a great Dad anyway, but he had to struggle to be that person.  Only seeing a kid a few times a week must make it impossible to parent.  I say the wrong thing to one of mine and I have a million chances to make it right before they fall asleep at night.

I don’t know if any of these words mean anything to you. I don’t know if you discount my feelings because I have not had the same struggle, but I just wanted to say from one parent to another you are doing a WAY better job than me.  If it seems like when you are reading any of my stories that I have it easy, it’s because I do.

I’ve said it before, but it is really true here.  We all carry around this backpack filled with life experiences, filled with all the things we learned.  As a parent you can teach your kid to tie his shoes and how to cook a steak, but the most important thing you put in their backpack every day is love.

Just wanted to maybe put a little love in your backpack as a single Mom or Dad.  You deserve it….